OK so this is an issue I’ve had for a very long time now (since Firefox 4 beta) whereby Google keeps defaulting to a strange language and seemingly completely ignoring my preference for English: 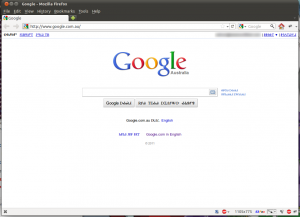 Incorrect language on google.com in Firefox 4

The reason for this is a bad language string in Firefox’s settings. You can fix it by doing the following:

Delete it. It’s wrong and it’s causing you problems. Once deleted, time to add your language of choice:

You should now be greeted with a much easier to read google index page!